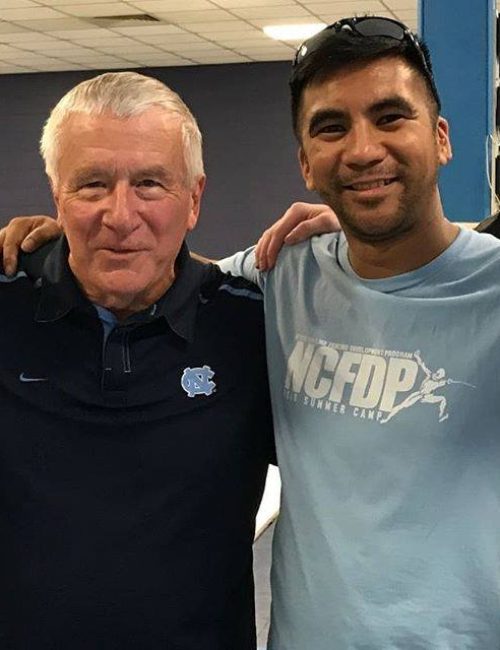 Gerhard Guevarra is a UNC Fencing Alum (96′-99′).  To assist the efforts of The Ron Miller Legacy Campaign, Gerhard has designed fundraising t-shirts available to everyone!

These shirts are being sold on Amazon.  The base price, with no profit, for the shirt is $23.38.  To assist the Campaign, the shirt’s price is set at $33.38 and 100% of the proceeds from these shirts will go to UNC Fencing’s Operating Endowment.  (Neither Gerhard nor the All-American Fencing Academy will profit from these shirts).

UNC’s Financial and Compliance Departments have approved this method of the campaign.  However, current student-athletes, please read the information at the bottom, there are some restrictions. 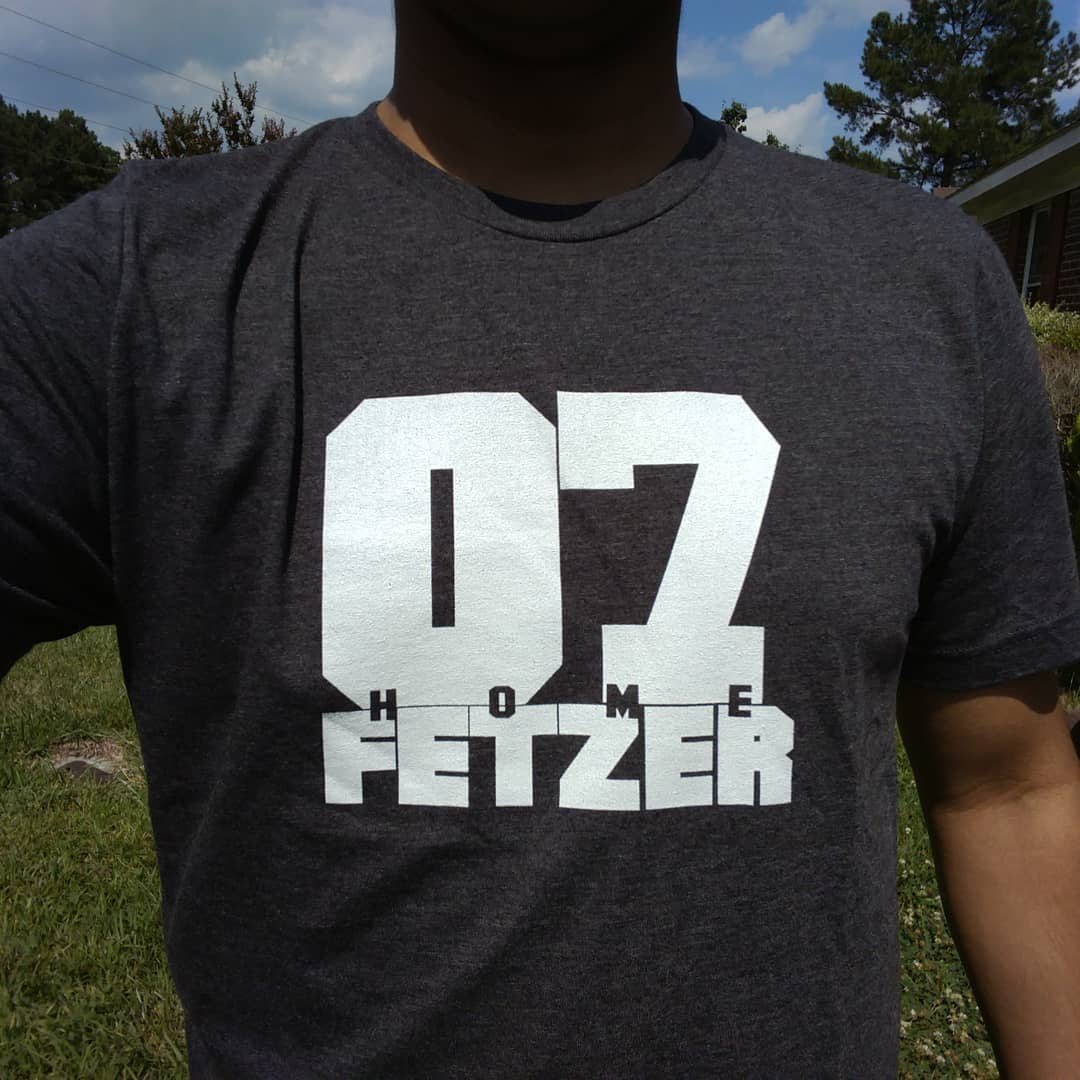 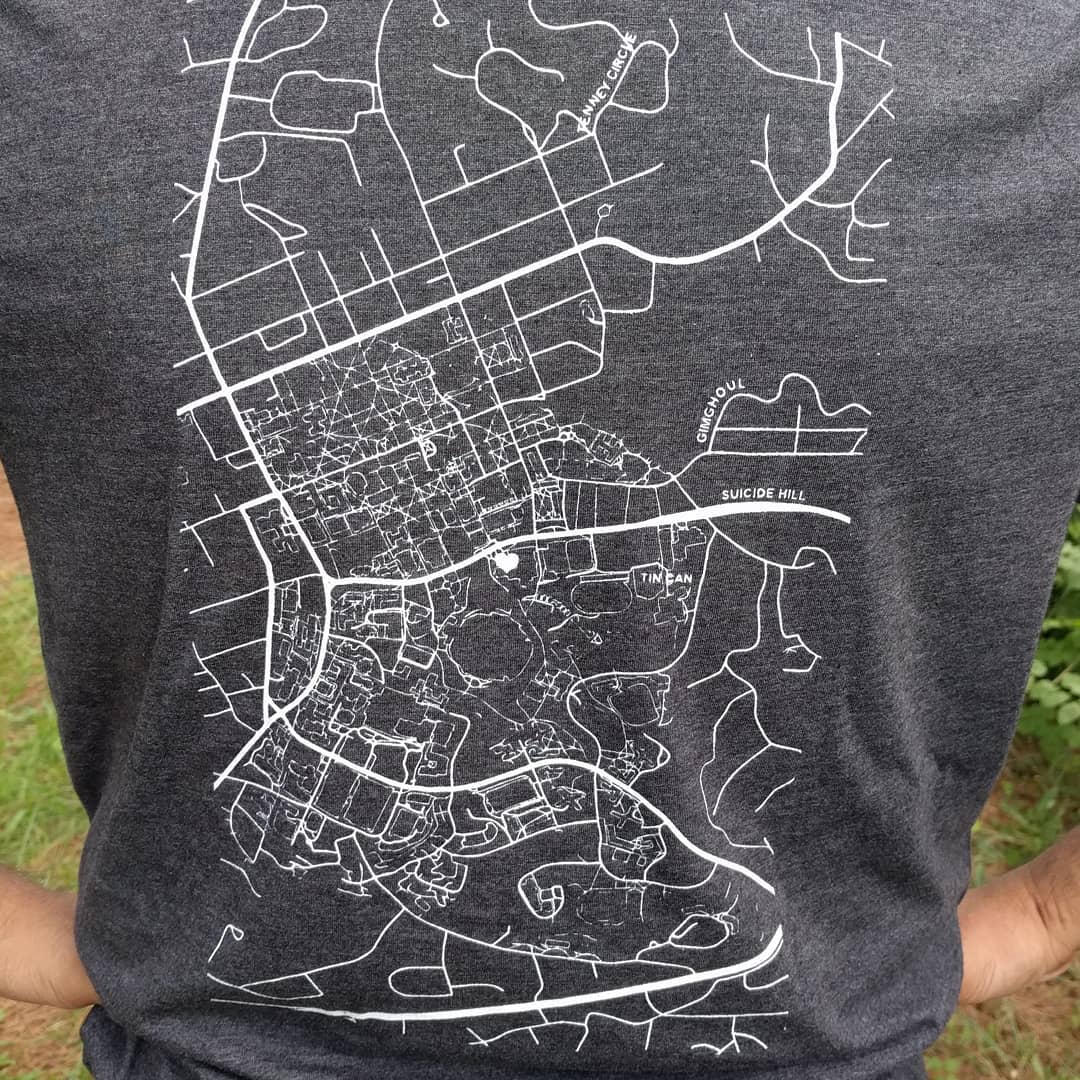 For UNC Fencers, 07 Fetzer was our home away from home.  Our teammates and coaches became our extended family.  The shirt depicts 07 FETZER on the front with HOME in the negative space.

The back of the shirt is a map of the UNC Campus with a heart where Fetzer Gym is located.  Other prominent landmarks notable to UNC Fencers are labeled, including Tenney Circle, Gimghoul, Suicide Hill, and the Tin Can.

The shirt is available in Dark Heather (above) or Carolina Blue.

Fencing’s Operating Endowment About The

Recently bestowed with Carolina’s premier honor – the Priceless Gem – Head Coach Ron Miller has provided the leadership and guidance to nearly a thousand Tar Heel fencers over the past 50 years. The Ron Miller Legacy Campaign is an effort to celebrate Coach Miller’s devotion to Carolina Fencing, and to help secure the future of the program by raising $2 million in endowed funds to be used exclusively to support the fencing program.

In addition to providing critical, long-lasting and flexible support, the successful completion of this campaign will also result in the honorary re-naming of Fencing’s Operating Endowment to The Ronald C. Miller Fencing Operating Endowment.

They can most certainly purchase and wear, but shouldn’t be providing the Amazon link to the shirt on any social media accounts.