Previously, at the All-American Fencing Academy, Coach Gerhard would come up with a theme for the name of the tournaments of the season, with the exception of the annual Harry Rulnick Tournament.

Some previous themes have been:
NPR Shows:  All Things Considered Open, It’s Been a Minute Open, Wait Wait Intramural
How Friends Shows were named: The One With the Manuel Parking, The One With the Diapers on the Window Sill, The One With the Dead Squirrel
Bohemian Rhapsody Lyrics:  Very Frightening Open, Fandango Open, Scaramouche Open.
Names of famous swords: Omens Open, Green Destiny Open, Buster Open, Vorpal Open

In 2023, we decided to try to standardize the name of our events every year.  Although theming our tournament names were fun and creative, we decided it would be easier to have constant names for our tournaments for our fencers and visitors to enjoy.

These new names will also give us an opportunity to recognize and give homage to our location, history, and inspirations.  There has been so many that have been a part of All-American Fencing Academy’s history.  We wish we could have recognized them all with tournaments. 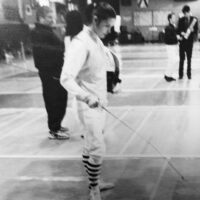 The success of the All-American Fencing Academy wouldn’t be possible without the support of Coach Gerhard’s wife, Jennifer Guevarra. Jennifer also fenced in college and met on the UNC Fencing team. 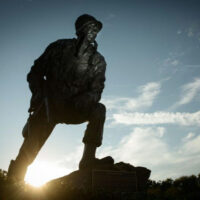 One of three training camps established in North Carolina to train soldiers during World War I, Camp Bragg was established on September 4, 1918 outside of Fayetteville and was the only camp of the three to continue operations after the war. Camp Bragg was renamed Fort Bragg, to signify becoming a permanent Army post. In May of 2022, the commission officially proposed that Fort Bragg change its name to Fort Liberty. 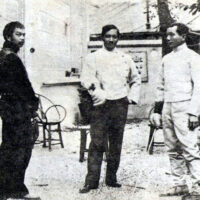 March Tournaments: Rizal Open
Celebrating Filipino History and Jose Rizal during the month of an almost duel between Jose Rizal and Juan Lardet. Jose Rizal was a prominent Filipino fencer. On March 30, 1893, Lardet wrote his letter of apology to Rizal and called off the duel.

José Protasio Rizal Mercado y Realonda, widely known as José Rizal, was a Filipino nationalist and polymath during the tail end of the Spanish colonial period of the Philippines. He is widely considered one of the greatest heroes of the Philippines; his writings eventually led to the Philippine Independence from the Spanish colonial government. Besides poetry and creative writing, he dabbled, with varying degrees of expertise, in architecture, cartography, economics, ethnology, anthropology, sociology, dramatics, martial arts, fencing and pistol shooting.

According to Rizal: His Life, Works, and Role in the Philippine Revolution, Rizal almost had a duel with a French businessman, Mr. Juan Lardet, over the latter’s purchases of logs from him, some of which were of poor quality. Lardet confided and wrote this problem to Antonio Miranda, a friend of Rizal. Rizal flared up in anger and challenged the French man to a duel. The commandant however, when informed of the incident, warned the Frenchman, “My friend, you do not have a chance in a fight with Rizal on a field of honor. Rizal is an expert in martial arts, especially in fencing and pistol shooting.” He followed the commandant’s advice and sent a letter apologizing for his mistake. On March 30, 1893, Lardet wrote his letter of apology to Rizal. 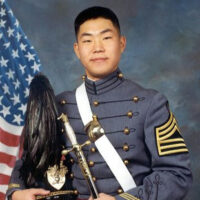 Zane fenced at West Point and fenced for the All-American Fencing Academy when he was stationed at Fort Bragg. Zane suffered from heat stroke while taking physical training on Monday July 26, 2004, and was taken to Womack Army Hospital at Ft Bragg with a 108 degree temperature, and was transferred to UNC hospital at Chapel Hill on Tuesday. He passed away on July 27, 2004.

Zane was a wonderful addition to our young club when it was still meeting at the Albritton Middle School on Fort Bragg. He was always willing to work and fence with all age groups and skill levels. He was enjoyable to have around and always had a smile on his face. Zane’s birthday was April 16, 1980. 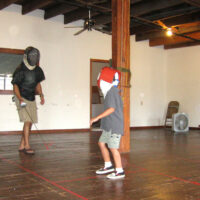 May Tournaments: Grand Open
Celebrating the birthday of the All-American Fencing Academy, May 6, 2008. 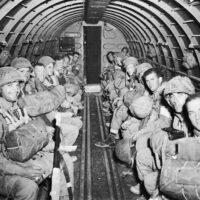 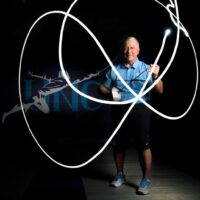 Coach Gerhard’s collegiate fencing coach was Dr. Ronald C. Miller.  Coach Ron Miller came to Carolina in 1967 as a physical education instructor. More than fencing lessons have been learned from Miller through the years at Carolina.  His team’s 52 year record, 1553 – 868, proves that many acquired the skills that helped them learn about winning.  Five Carolina fencers were U.S. National Fencing Team members, while two were Olympians. Miller was the Collegiate Coach of the Year in 1983 and 1986.  Miller has never been one to only track his teams ‘win-loss’ totals. Members of past and present Carolina fencing teams say they have learned through Coach Miller about what it takes to be a winner in life, not just about attacking and ripostes.

Miller stated, “the main significance of the success of UNC Fencing is a culmination of, shall we say, the hard work of all our athletes from 1967 to the present. So it is an end result of their combined efforts. I have been associated with it all and I have seen it all since the beginning, but it is not my record it is their record, the student-athletes.” 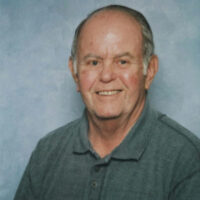 October Tournaments: Harry Rulnick Sanctioned
Celebrating the anniversary of the date of Harry Rulnick making a donation for the growth of fencing in Fayetteville, October 15, 2001.

Mr. Harry Rulnick saw the article and was happy to see fencing now being offered in Fayetteville. He contacted the paper and found the club contact information which eventually led him to the club’s head coach, Gerhard Guevarra.

“Gerhard, I want to donate $100 to your club, where do I send the check?” Those were his first words to Gerhard. With the donation, the club bought as much weapons, masks and jackets it could from ebay and other equipment suppliers. Harry Rulnick first donated, October 15, 2001. 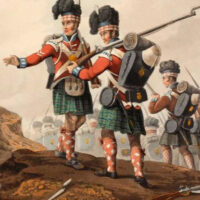 The earliest, largest and most important settlement of Highlanders in America, prior to the Peace of 1783, was in North Carolina, along Cape Fear River, about one hundred miles from its mouth, and in what was then Bladen, but now Cumberland County.

Seventy-First Township consolidated in 1924 to form one in Cumberland County. 71st High School in Cumberland County, built on the Glendale site, was named after the township. The township was named after the Scottish immigrants who were descendants of the 71st Regiment of Foot, Fraser’s Highlanders, a Scots regiment of the British Army that fought with distinction during the French and Indian War and then disbanded. The 71st (Highland) Regiment was later re-raised during the American Revolution and fought with distinction throughout that war.

Saint Andrew’s Day, also called the Feast of Saint Andrew or Andermas, is the feast day of Andrew the Apostle. It is celebrated on 30 November. The celebration of Saint Andrew is a national festival in Scotland.